Some of the best research we currently have on AHCC® supports its use in cancer treatments.

Since the 1990s, AHCC® has been extensively used by medical institutions, mostly in Japan, as a complementary therapy to traditional cancer treatments. The positive outcomes of treatments in Eastern medicine have spurred global interest.

Today, several medical institutions around the world are investigating the compound in improving outcomes and quality of life for cancer patients.

You may be wondering: how can an extract, derived from the roots of the fungal forest, help treat cancer and support our immune systems?

Cancer and The Immune System

Cancer develops when abnormal cells undergo division and uncontrolled growth. In healthy individuals’, these abnormalities are normally detected and eliminated by the immune system’s surveillance system.

However, in cases where the surveillance system is not working properly, cancer may evolve. AHCC® works by enhancing the body’s surveillance system by stimulating the production of white blood cells and other immune molecules. These molecules detect, destroy, and attack cancer cells, allowing for better outcomes and effects in cancer treatments.

Traditional cancer treatments typically include chemotherapy, radiation, and surgery. Conventional treatments have been widely effective in treating and reducing cancers. However, anti-cancer agents used in treatment also depress the immune system and cause harm to the body.

How Does AHCC® Benefit Cancer Treatment?

AHCC® can be considered a form of immunotherapy. Immunotherapy is a nontoxic form of cancer treatment that uses the immune system to fight cancer.

In both animal and human studies, AHCC® has been found to stimulate parts of the immune system, particularly natural killer (NK) cells, which are important in treating cancer because they help detect and eliminate tumor cells. By strengthening immune function, AHCC® can address cancer affecting any parts of the body.

Because AHCC® acts systemically, it can help treat a variety of cancers. Data from over 100,000 patients with several different types of cancers have shown AHCC® to provide benefits in 60% of those taking it. The compound has been particularly successful in treating liver, lung, colon, breast, ovarian, and pancreatic cancers.

The use of AHCC® in cancer treatment should be considered alongside standard medical treatment. Research evaluating the use of AHCC® in breast, liver, pancreatic, colon cancer, and more have done so alongside chemotherapy agents, radiation, or surgery. The findings show promising evidence that AHCC® can enhance response to treatment, prolong survival, and improve quality of life.

Another study has evaluated AHCC® in patients with liver cancer who were not suitable candidates for surgery or chemotherapy. In this study, the patients were given a dose of 6 grams per day of AHCC® and were found to improve the disease course outcomes and quality of life. AHCC® had beneficial effects on maintaining the physiological status of patients until the end of life.

Research has also been able to support the use of AHCC® as an immune stimulator. A study of 17 Korean cancer patients with different malignancies took 3 grams of AHCC® per day for 2-6 months. At the end of the study, the participants that supplemented with AHCC® had increased NK cell activity as early as 2 weeks into treatment. Moreover, the level of NK cells remaining elevated up to 6 months post-treatment. The study concluded AHCC® as a potent immunomodulator and immunotherapy for cancer patients.

The traditional use of AHCC® for centuries in Eastern cultures coupled with the evolving support of recent clinical trials suggests promising outcomes for the future of cancer treatment. As plant medicine continues to gain momentum in integrative medicine, the conditions in which AHCC® can be used will be ever expanding. 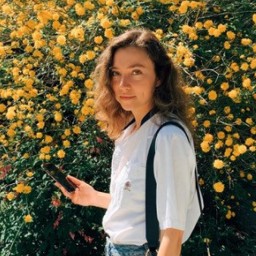 For many people, AHCC® offers a unique opportunity. An opportunity to make their bodies more resilient in responding to infections, viruses and other stressors naturally.

Understanding how AHCC® does this, and empowering people to try it for themselves, is the purpose of this blog.

We intend to help keep health-conscious people in the loop about the latest and greatest developments that benefit the immune system and help us respond to our internal and external environments as optimally as possible.

We hope you find what you need on our blog, and please connect with us by email or on Instagram if there is content that you would like us to create that would benefit you.

We ship to just about everywhere

Free Shipping to US & Canada

On orders of 3 or more